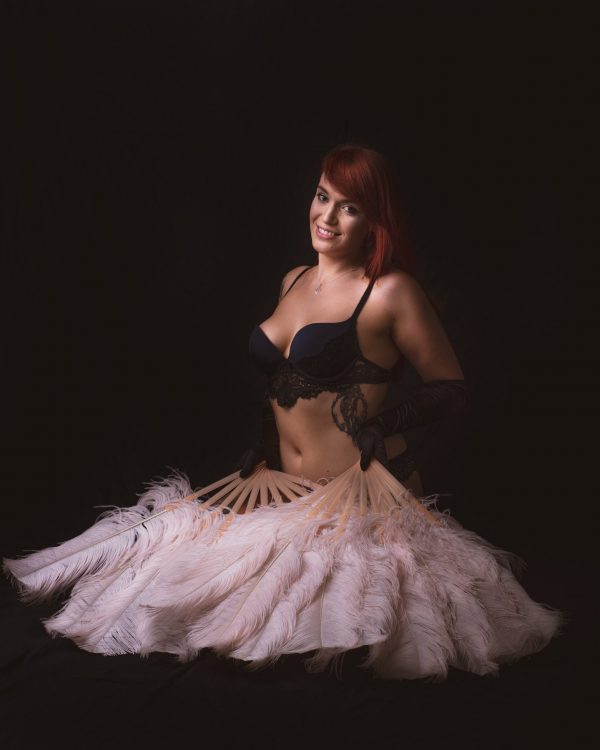 Have you always wanted to try Burlesque Chair Dance but not sure it’s for you?

About three years ago I was introduced to this wonderful class in Corby, yes; I came originally with a friend and yes, I was ridiculously nervous and didn’t want to go as I hated new things especially in a group.

What if I can’t get the moves in time?

What if everyone stares at me in my workout clothes?

What if I’m judged by the other women there for how I look or act?

There were so many ‘what ifs’ going around my head and yes it stopped me going for a long time when I knew it was something I’d probably like. But, eventually I was dragged along, and I found out it was broken down into sections and went over a number of times until everyone got it (seriously it’s that easy my 7-year-old copies me and tries to learn along with me when I practice new routines). The instructor was a wonderful lady who had a great sense of humour and wasn’t a drill sergeant about the exercise side of it all. And to be honest by the end of class I was knackered but really surprised by how I didn’t once feel like I couldn’t do it, or how I didn’t even feel like I’d spent an hour exercising (I am not a gym bunny and I really don’t like exercise lol) I actually thought yeah, damn I felt sexy as hell doing that! (Probably didn’t look it but nobody ever said so who knows :P) After a while my friend stopped going and naturally being someone scared of doing things alone so did I. But I found I missed dancing and decided to brave it and go to class, I’ll just stand in the back I thought, it’ll be fine. Within a few weeks I was at the front of the class never missing a week, but within a year I found out my own instructor was leaving and honestly, I was heartbroken that the thing that had become my Wednesday nights was over. So, I decided (with a lot of pushing and nudging from the lady who changed my life, my old instructor Lucy) to do the instructor training course and somehow, I did it! My first class was a nightmare, I forgot so many moves and I was a shaking mess and let me tell you, for someone who hates public speaking or being the one everyone in a crowd is looking at it was horrible. But I kept going and now I am so confident, I’m a level two instructor as well! The ladies that come to class aren’t just my clients, they’re my friends.

As cheesy as it sounds, this Burlesque class changed my life, it gave me the career I didn’t know I’d dreamed of, it gave me so much body confidence and actual physical confidence in myself and I’ve met so many amazing people along the way that I consider my own Burlesque family. Yes, you might be scared and nervous, but nobody will ever judge you here, we are family and will always accept anyone who wishes to be a part of it. So why not give us a try and see if it can change your life like it did mine, I promise you will love it.

Miss Luna Racy, Aka Natasha, Aka the shy girl turned loud mouth confident one you can’t shut up! xx

Our ever growing team of qualified Burlesque Instructors is expanding rapidly and we are proud to offer classes in Scotland, Ireland, Manchester, Wiltshire, Liverpool, Yorkshire and many other locations across the UK. Search now to find a class near you!